5 of the Best Probiotics for IBS That Could Offer Relief! 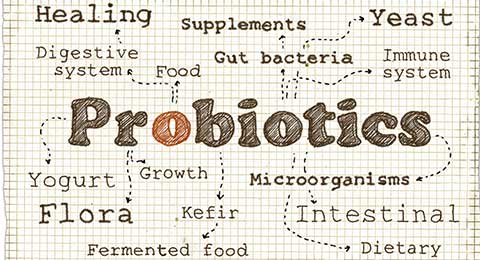 As one of the most common disorders, IBS has many treatments to help keep symptoms in check. One such treatment worth exploring is probiotics. Unsure of what’s effective? Keep reading for our list of the best probiotics for IBS!

How Effective Are Probiotics for IBS?

Probiotics are live microorganisms that supplement the gut’s bacterial lining. They’re meant to help balance the “good” bacteria in your intestinal flora when consumed regularly. Proposed ideas of how probiotics benefit the gut include “suppression of the growth and binding of pathogenic bacteria, improvement of the barrier function of the epithelium, and alteration of the immune activity of the host.” (Source) While studies are limited, some research suggests that bacterial overgrowth in the small bowel may also contribute to IBS. Additionally, earlier studies also suggested that “IBS patients had fewer Lactobacillus spp., coliforms and Bifidobacteria spp. and a greater instability of the microbiota.” (Source) Although research is in its infancy, probiotics could help ease common symptoms. According to Robin Spiller, “after 2008, there is reasonable evidence of symptomatic benefits for pain, bowel habit, and reduction of flatulence and distension in IBS patients.” 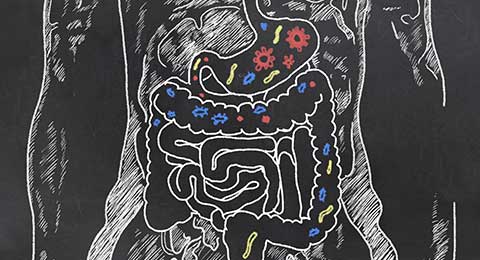 Bifidobacterium infantis 35624 is one of the most widely used and the best probiotics for IBS due to its high rating for efficacy in treatment. A study by O’Mahony and colleagues found that Bifidobacterium infantis 35624 also helped reduce three cardinal symptoms—pain, bloating, and bowel movement difficulty. Another study by Whorwell and colleagues compared various dosages of the probiotic and a placebo. After four weeks of testing, they found that a dosage of 1x 108 was the most effective in easing symptoms. These symptoms also included pain, bloating, and bowel dysfunction. It also included passage of gas. Looking to buy this probiotic? Consider Align. This product is intended to build and support a healthy digestive system. Each box comes with 28 capsules, and contains the Bifidobacterium infantis 35624 strain. One of the most common and best probiotics for IBS worth trying is Lactobacillus plantarum. According to Probiotic.org, when there is a healthy colony of this probiotic living in the gut, it helps prevent the buildup of harmful bacteria. While there have been few studies on the effectiveness of this probiotic, these studies have suggested that it can help ease IBS symptoms. One of the largest clinical trials with 214 participants found that this strain helped to relieve IBS symptoms. These symptoms were primarily pain and bloating in the abdomen. If you’re looking to buy this probiotic, try Jarrow Formula’s Ideal Bowel Support. It comes with 10 billion Lactobacillus plantarum microorganisms per capsule. A study by Guyonnet and colleagues in 2007 tested 274 IBS patients who mostly experienced constipation. After 6 weeks, they found that the probiotic helped ease overall symptoms. Specifically, this helped to relieve bloating and also brought about an increase in stool frequency. While further research is needed, the results from this large study did show Bifidobacterium animalis’ effectiveness. Among one of the best probiotics for IBS, Bifidobacterium animalis is worth a try to relieve constipation-predominant symptoms. Look for it in yogurt, or buy it in capsule form from in Renew Life Ultimate FloraTM Probiotic. It’s important to note that Bifidobacterium animalis has two sub-species which each have their own strains. The Bifidobacterium animalis DN-173 010 strain falls under Bifidobacterium animalis subsp. lactics. For those with IBS-D, Saccharomyces boulardii can potentially offer relief. Aside from IBS-D, this probiotic is also used to treat other types of diarrhea such as traveller’s diarrhea or antibiotic-associated diarrhea. Saccharomyces boulardii is actually a yeast. However, several double-blind clinical trials have proven its effectiveness as a probiotic. It’s also the only yeast that’s safe enough to be considered a probiotic. A study by Bafutto and colleagues which included 53 patients with IBS-D found that this probiotic alone, or combined with mesalazine, helped to improve symptoms. Another study by Choi and colleagues which assessed the overall quality of life in IBS patients also found an overall improvement. If you’re trying to find relief for your IBS-D symptoms, consider a supplement with this probiotic. NFH offers them in capsule form. Every capsule contains a culture of 10 billion Saccharomyces boulardii. Keep in mind that in order to purchase this product, you must have a doctor’s recommendation. VSL#3 is a combination of probiotics. It includes Bifidobacterium strains, Lactobacillus strains, and Streptococcus salivarius ssp. thermophilus. In 2003, Kim and colleagues ran two studies on its effects on IBS symptoms. The first trial found that VSL#3 had a significant decrease in bloating. The second trial also indicated that it led to a reduction in flatulence and a delay in colonic transit. If you’re considering trying this probiotic supplement, you can buy VSL#3 online.

There is yet a lot of research that needs to be done in regards to the effectiveness of probiotics for IBS. However, most trials suggest that patients found relief after doses of the respective treatments. While the best probiotics for IBS are generally safe, we would recommend speaking with your doctor first before starting treatments.