Alzheimer's vs Dementia! What to Know? 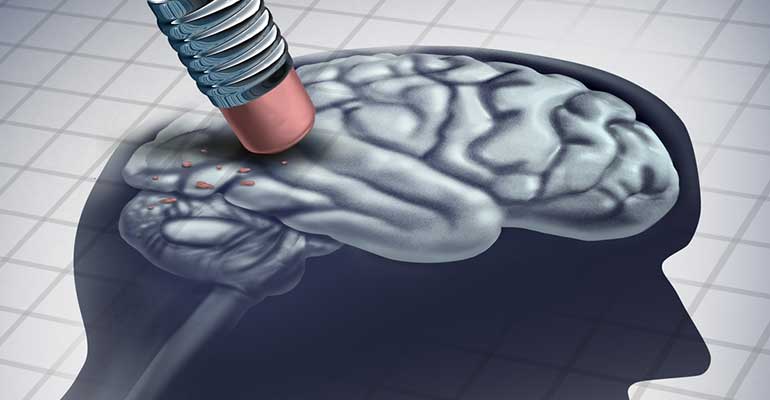 Both dementia and Alzheimer's disease are often mixed up with one another and used interchangeably. Since people don't realize the proper meaning of both medical terms, it often leads to confusion on behalf of caregivers, families, and patients. Do understand that while these two ailments are related, they aren't the same. There is a difference between dementia and Alzheimer's.

What's the difference between dementia and Alzheimer's?

A lot is still unknown about both dementia and Alzheimer's which is why the two are often mixed up. However, you should take note that dementia, in simpler terms, is described as a syndrome which, just like in the case of Alzheimer's, negatively affects the performance of daily activities and communication. Meanwhile, Alzheimer's is a kind of dementia that affects certain parts of the brain that are responsible for language, memory, and thoughts. There are many other differences between dementia and Alzheimer's as well.

According to medical research, Alzheimer's and dementia are not the same. Dementia refers to an overall term which encompasses all the symptoms that affect a person's ability to communicate, level of memory, as well as the performance of everyday tasks. Whereas Alzheimer's refers to the most common kind of dementia. With time, this disease gets worse and affects thought, language, and memory. Young people can develop both Alzheimer's and dementia and as you continue to age, the risk increases. Yet, both the diseases aren't thought to be a normal consequence of aging.

To understand clearly what's the difference between dementia and Alzheimer's here is a breakdown of both the diseases:

Dementia is not a disease, as mentioned earlier. It is just a syndrome and is a name to describe the group of brain disorders that act as an interruption toward a person's ability to make decisions, think clearly, control emotions, and remember. There are numerous causes and different kinds of dementia; however, Alzheimer's is only one of the disorders that fall under dementia. It is important to note that the common cause of dementia is Alzheimer's.

As a syndrome, there is no definite diagnosis of dementia. Plus, dementia doesn't only refer to mishaps regarding memory such as forgetting where you kept your things. In fact, a person diagnosed with dementia has a difficult time with two of these (at least):

Since there are similar symptoms for a few kinds of dementia, the doctor can have difficulty figuring out exactly the type of dementia you have. For this reason, it is crucial to tell your doctor all about the symptoms, previous illnesses, alcohol consumption, and medicines so that the right diagnosis can be made.

It has been found that roughly 60% to 80% people that are victims of dementia are also diagnosed with Alzheimer's. It is also a progressive condition; it only gets worse with time and generally affects people that are more than 65 years old.

Alzheimer's takes place when proteins known as plaques and fibers known as tangles build up in the brain, resulting in a blockage of nerve signals and the destruction of nerve cells. The resulting memory loss might be only mild at first. However, over time the symptoms also get worse.

For patients with Alzheimer's, carrying on a conversation or performing their daily tasks becomes more difficult each day. Other common symptoms include changes in mood, aggression, and confusion. While a doctor can't be a 100% sure whether you have Alzheimer's or not, there are a few tests that can help the doctor to be reasonably sure about such a condition.

Your vision, language, memory, and attention are tested, and images of your brain taken with MRI are looked at. Since the chemical composition of people with Alzheimer's is different, it can help to determine whether the person has Alzheimer's and to what extent.

Difference between dementia and Alzheimer's

When diagnosing dementia, a person is mainly being diagnosed with numerous symptoms. To understand the diagnosis of dementia in a better manner, it can be compared with being diagnosed with a sore throat. In a sore throat, there is no surety when it comes to the cause of the symptom; a sore throat could be because of a common cold, allergies, or even strep throat. Similarly, in dementia, a person experiences numerous symptoms, but the cause of the symptoms is unknown.

Another primary difference between the two ailments is that Alzheimer's is irreversible. It is also degenerative, and no cure for this disease has been found as of yet. Once the actual cause of dementia is singled out by a medical professional, the correct counseling and treatment can start for the patient.

As mentioned earlier, the cure for this disease hasn't yet been found. However, there are a few medicines that can substantially help to manage the symptoms in a better manner. Some reliable Alzheimer's medications are:

Namenda has the chemical name memantine and is used for treating moderate to severe symptoms that are characteristics of Alzheimer's. This medicine belongs to a group called the NMDA receptor antagonists that work by lowering the levels of abnormal excitement in the brain. While Namenda is not a cure for the said disease and neither does it slow down the rate of progression, it can help the patients of Alzheimer's to go along with everyday tasks easily and think clearly. It might also improve awareness and memory; however, it depends on an individual since each person responds to the medicine differently.

Exelon Patch contains rivastigmine and is included in the classification of medicines called the cholinesterase inhibitors. Exelon Patch can be helpful for treating mild to moderate symptoms of Alzheimer's. The chemical in Exelon Patch prevents the breakdown of the chemical called acetylcholine which plays a vital role in a person's memory and learning. Rivastigmine can also improve cognitive function such as language, orientation, and memory. It might also improve the ability of the person to perform daily activities, but again, individual response can be different.

Another effective medicine that can help with mild to moderate symptoms of Alzheimer's is called Aricept. Furthermore, apart from reliable drug care, non-drug treatments can also help with Alzheimer's. These include taking part in support therapies and talking to a professional. For a lot of medical experts, a combination of drug and drug-free treatments gives rise to positive results when battling such diseases.